Bee in a Bonnet and Such

Name: Bee in a Bonnet and Such
Event Description: 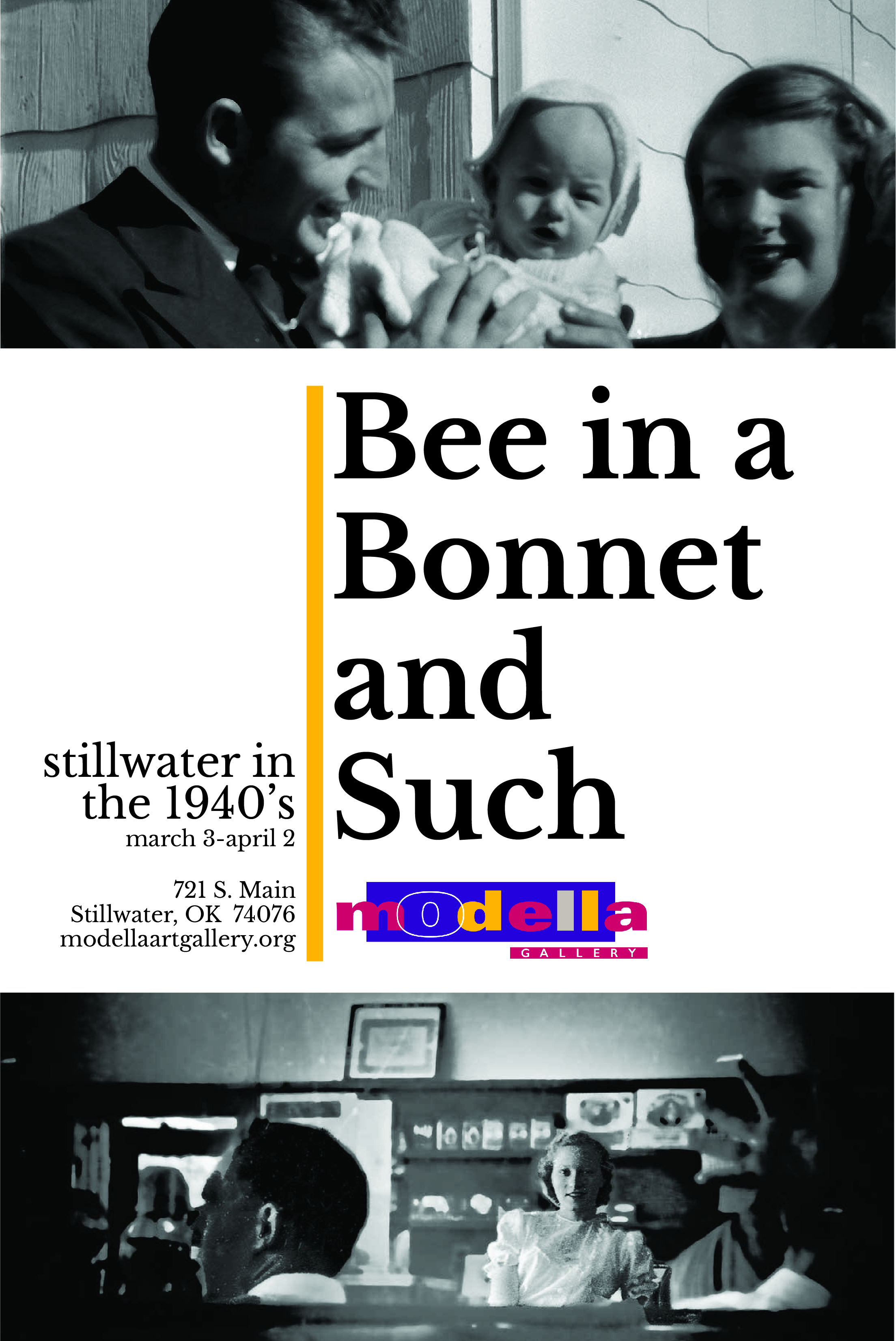 Modella Gallery is taking a step back in time with the upcoming exhibit, “Bee in a Bonnet & Such” with the sharing of nearly 40 black and white photographs, as well as hats, featuring life in Stillwater during the post World War II era.

The photography are part of over 500 photos that returning Navy veteran and former Stillwater resident, Richard Ward, took of life from 1946-1950, as he and other veterans transcended from military life back to civilian life. Views of Stillwater homecoming parades, Veterans Village, fashion and recreation at area lakes are featured as well as candid family images that may be familiar to longtime Stillwater residents. Richard Ward lived in Stillwater from 1926-1961, attending high school and later working in the family business of the Ward Buick Company located at 9th and Main. The entire family, sometimes referred to as “Stillwater’s General Motors Family,” were inducted into the Stillwater Hall of Fame in 2008.
Dubbed “The Richard Project,” son Phil, transitioned his idea of simply creating a family album to historical documentation.

The exhibit will also feature hats and styles from that period courtesy of Stillwater History Museum at Sheerar. And photos by Richard Ward’s son, Phil Ward, a professor of photography and journalism, is also a free-lance artist.